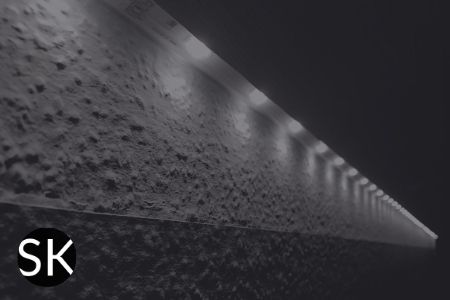 Nowadays, technical processes for one’s own house and apartment are summarized under the term smart home. This includes home automation, smart metering, control of household appliances and security in one’s own home (source: What is Smart Home?).

However, this description does not give any indication of how a smart home works.

In order to describe the functionality as accurately as possible, it is necessary to understand how a smart home is constructed. For this purpose, it is important to be able to distinguish between actuators as well as sensors and control centers. For this reason, this article provides a basic overview of how smart homes work and what sensors and actuators are all about.

A basic information about what smart home means can be found in the article What is smart home?

The basic task of sensors is to measure certain changes of state. A change of state can be a change in the outdoor temperature, which is reported to the smart home. It does not matter whether it is getting warmer or colder outside. However, there are also sensors that transmit values at regular intervals, regardless of whether they have changed or remained the same. However, since the principle is very similar, this paragraph is limited to the change in states measured by a sensor.

At this point it is equally important to speak of specific changes of state, because sensors do not provide a measured value for every type of change. As a rule, sensors are specialized in a specific range and can only provide values for this range. An example of this is that the temperature sensor provides the temperature data of its environment and not the amount of rain that has fallen.

The sensor transmits the measured values to a coupled central unit, which is often also referred to as a bridge or hub. We will return to this component of the smart home in a later section.

If you compare sensors with the human body, there are many parallels. The eyes, nose and ears can be defined as sensors. These perceive changes in light conditions or sounds, for example. These signals are transmitted to the brain, where they are finally evaluated. In the smart home, the brain is the control center, the hub or the bridge.

In addition to sensors, there are also various actuators in a common smart home. Actuators differ from sensors in the way they function. While sensors perceive changes in state, actuators perform actions defined by the user. A classic example of an actuator is the switchable socket, which releases or withdraws power for an electrical consumer on request.

Actuators are used by the smart home to perform actions in the real world based on determined data or predefined schedules. In a sense, they are the arm of technology into the physical world to interact with existing components and humans.

In practice, actuators are often combined with sensors in one device, thus saving space. A good example of this is AVM’s switching sockets, which have both sensors for measuring power consumption and actuators for disconnecting or connecting the electrical consumer from the mains.

Compared to humans, actuators are the arms, legs or even the mouth. These body parts perform actions and interact with objects and other people. They are controlled by the brain, which is the control center, hub or bridge in the smart home.

With both humans and technology, information must be transmitted to the control center.

In this case, the data transmission of the technology takes place via electrical pulses, which are exchanged between the component and the control center. In this case, a component can be a sensor, an actuator or both.

The electrical impulses can be sent via a line that connects the component and the control panel. In the case of smart homes, KNX is often used as an example of a wired system. This system connects its components via a cable network, which must be laid in the home for installation. The installation is usually done by an electrician who has received special training for this.

In short, it can be said that the exchange of electrical pulses ensures that individual bits are transmitted. A bit is the smallest unit of data and therefore contains a single piece of information. If several bits are now put together, this results in the entire message that is transmitted.

In addition to wired systems, there are other systems on the market that send their information via a so-called radio protocol. In this case, the data exchange takes place wirelessly, to a certain extent via a previously agreed language.

The language that the components speak with the control center is referred to as a protocol. A protocol regulates the type and scope of the data to be exchanged, which is why cross-component use is not possible.

Common radio protocols are IP (Internet Protocol), EnOcean, ZigBee and Z-Wave. Depending on the application and type of component, different protocols are used. Control panels usually communicate with the home network via the Internet Protocol, which allows them to be controlled by a smartphone. Devices such as lamps, on the other hand, often work with the ZigBee wireless protocol.

In the smart home, there are basically two different ways in which components can communicate with each other. The types of communication say nothing about the radio protocol used in each case.

A decentralized system, on the other hand, works without a control center. Here, all components are directly networked with each other and exchange their messages directly with each other. The advantage here is that the failure of a component does not lead to the shutdown of the entire smart home. However, it should be noted that this results in a great deal of communication, since no control center can regulate the corresponding messages.

Whether it is a centralized or decentralized system is a matter of perspective. When using a software solution to bundle multiple devices (e.g. OpenHAB, ioBroker or FHEM), individual sub-areas can continue to perform their service even if the central unit fails (e.g. Philips Hue).

On the other hand, if we consider only the system for lighting, it is a centralized system, and the failure of the control center provides for a failure of the entire area.

How does smart home work?

In summary, it can be stated that a smart home is only functional through the exchange of various data. The exchange of data can take place either via a cable network or a wireless network.

However, communication can take place not only via a common control center. Decentralized communication protects the smart home from failure and enables independent use of the individual components. The decisive factor here, however, is the angle of view. It is not always possible to see clearly how a smart home is organized.

Regardless of the organization, however, it can be said that there are actuators as well as sensors in a networked home. Actuators are used for control, whereas sensors are responsible for collecting information. Based on the collected information, automations can be set up or decisions can be made by the user.

Livewire: How Does a Smart Home Work?

HowToGeek: How Do Smart Homes Work?

Are you looking for an ioBroker tutorial? Here you will find the best!

How to find the right smart home devices? With these tips it works!

Might interest you
Functions Are you interested in the different areas you can make smart? Then you are absolutely right in this area. Here you will find different areas of the smart home and can find the right component for your project.
Components In the components area you will always see a component at the beginning. Based on this component, you can click your way through the system to discover more components for your smart home.
Manufacturer If you are interested in the different manufacturers, this section is made for you. You will get an overview of the different manufacturers and can choose one of them to learn more about its components.
Transmission standards Different transmission standards are also very important for the smart home. Here you will find a list of different standards and you can view the components that are suitable for each standard.
Smart news Are you looking for news in the field of Smart Home? Then take a look at the news. There you'll find the latest articles from many blogs and YouTube channels that deal with the topic of smart home.
We use cookies to ensure the operation of the site (for example that you will not be logged out when you leave the site). This includes cookies for your login, accepting the cookie message and internal IDs. We do not track you through external service providers. We do not set cookies without your consent.
Imprint     Privacy statement